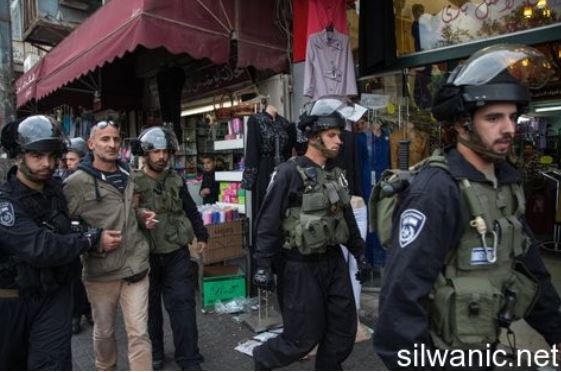 Israeli soldiers kidnapped, on Thursday evening and on Friday at dawn, at least six Palestinians in different parts of the occupied West Bank, and occupied Jerusalem. One of the kidnapped is the head of the Wadi Hilweh Information Center in Silwan.Local sources in Zababda town, south of the northern West Bank city of Jenin, has reported that the soldiers kidnapped one Palestinian and searched several other homes.

The sources said the soldiers kidnapped Aysar Ibrahim Turkman, 30, after storming and ransacking his home, and several nearby homes, and took him to an unknown destination.

Several soldiers also surrounded the home of former political prisoner Ahmad Sharqawi, and interrogated him while searching and ransacking his property.

They also conducted searches in different parts of the town.

The Wadi Hilweh Information Center in Silwan, in occupied Jerusalem, has reported that the soldiers kidnapped the center’s head Jawad Siyam, his nephew Yazan Siyam, and two other Palestinians identified as Mahmoud Gheith and Montaser Faraj.

The Center said the kidnapped were moved to the al-Maskobiyya interrogation center in West Jerusalem.

On Thursday at night, soldiers invaded the Sawahra ash-Sharqiyya town, east of Jerusalem, and kidnapped a young man.

Israeli sources said the soldiers searched the house of the kidnapped Palestinian, and allegedly located two Kalashnikov rifles and a pistol.

Local youths clashed with the soldiers and hurled stones them and their military tower of the Annexation Wall, while the army fired gas bombs, concussion grenades, and rubber-coated metal bullets.