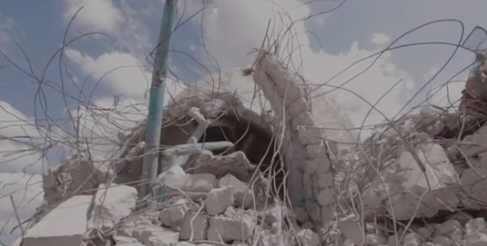 In the wake of the 50-day Israeli assault that devastated the Gaza Strip, reconstruction must not be the only priority, according to the nonprofit organization Euro-Mid Observer for Human Rights. All perpetrators of war crimes must be held to account, and Euro-Mid has taken the initial step by completing the first comprehensive investigation into Israeli actions during “Operation Protective Edge.”10/31/14 | The Alternative Information Center (AIC)

“If we want young Palestinians to turn away from violent resistance in the future, they must believe that international law will be respected and enforced,” said Ihsan Adel, legal officer for Euro-Mid, a nongovernmental human rights watchdog focusing on the Middle East-North Africa region. “Our investigation documented both indiscriminate attacks on civilians by Israeli forces and their use of captured Palestinians as human shields. When the UN Human Rights Council arrives in the coming days to conducts its own investigation, our reports will already have laid the groundwork. Now it is up to the international community to demonstrate to the youth of today that the rule of law applies to everyone.”

The initial fieldwork for the Euro-Mid investigation began on July 10, the second day of the massive Israeli assault on Gaza. Throughout the course of the conflict, 24 Gaza-based researchers, many with legal backgrounds, visited every hot spot that erupted, interviewing more than 432 individuals involved in or eyewitnesses to144 instances in which more than two Palestinians were killed at one time.

The Euro-Mid investigation is summarized in two reports: “Indiscriminate Attacks and Deliberate Killing: Israel Takes Revenge on Gaza by Killing Civilians,” and “Israeli Matrix of Control: Use of Palestinians as Human Shields.”

Between 8 July and 26 August, Israeli forces conducted an estimated 60,664 raids into the Gaza Strip. This report documents that in many cases, the attacks were indiscriminate. Not only did Israeli forces fail to take sufficient measures to protect noncombatants, including children and the disabled, but in a number of instances they deliberately targeted locations with concentrations of civilians. Reports from physicians on the ground strongly suggest that Israel deployed “unconventional weapons” (nail bombs and DIME – “dense inert metal explosive” – munitions), which are designed to cause maximum damage and thus are not considered permissible in densely populated areas – either legally or morally.

Likewise, the investigation showed that the so-called “warnings” issued by the government of Israel, typically in the form of telephone calls or “roof knocks,” were insufficient to offer protection.

Use of Palestinians as Human Shields

Euro-Mid documented use of Palestinian civilians as human shields by Israeli military forces in at least six cases in the southern Gaza city of Khan Younis. These civilians were held against their will for hours or days to protect Israeli soldiers from fire, and in the meantime were subjected to inhumane and abusive treatment such as beating, humiliation and exposure to the hot sun while naked for long periods of time.

In contrast, the Euro-Mid team did not find any evidence of Palestinians who were forced to stay in their homes or to use their bodies for the protection of Palestinian resistance factions, as charged by the Israeli government.

The indiscriminate attacks on noncombatants, deployment of unconventional weapons and the use of Palestinians as human shields are violations of international humanitarian law and constitute war crimes under the Rome Statute of the International Criminal Court.

Euro-Mid Observer for Human Rights calls on the Fact Finding Committee on the Gaza Conflict recently established by the UN Human Rights Council, soon to arrive in Gaza, to make every effort to focus international attention and pressure on all parties found to be guilty of these crimes. Likewise, the UN Security Council and General Assembly must back these efforts with their own positions of authority and visibility.

“The reconstruction of Gaza is needed for Palestinians to be able to live,” said Ramy Abdu, PhD, Euro-Mid chairman. “However, without accountability for crimes and protection of human rights, it will be a life without dignity or hope.”

Soldiers Injure Many Palestinians In Hebron