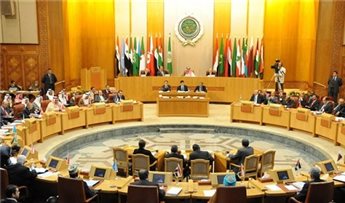 According to WAFA Palestinian News & Info Agency, Hamdallah called on EU countries to take decisive steps to insure the protection of al-Aqsa mosque; to end the Israeli violations against the mosque and Palestinians in Jerusalem, as well as to stop settler violations against Muslim and Christian holy sites.

The Arab League Council is to hold an emergency meeting on Sunday, with regard to the ongoing tensions in Jerusalem, at Kuwait’s request.

Meanwhile, a European conference calling for boycotting Israeli products was held in Paris, on Saturday. The conference was organized by Euro Palestine and the Union of Palestinian organizations and communities in the city.

Al Ray reports that the head of the European Campaign to End the Siege on Gaza, Mazen Kehail, said that the conference had witnessed a remarkable attendance from most of the European countries, in a clear reference to the growing solidarity movement with the Palestinian people and their cause.

Kehail pointed out that the conference, which was held for the second time in six months, carried a message of advocay and continuing support for the Palestinian people in different ways, including boycotting the Israeli products ‘which dipped in the Palestinian blood ‘.

The conference mainly took on a cultural and folkloric character, as Palestinian Arab Idol Mohammed Assaf performed a number of national songs.

A number of representatives of the international movement of boycotting Israel were said to have attended the conference, in addition to the personal assistant of the South African president, Nelson Mandela, and several European musical bands performing for Palestine.

The head of the European Campaign assured continuing European solidarity actions with the Palestinian people, as long as Gaza siege continued, in addition to the separation policy between Gaza and West Bank, the continued building of the apartheid wall and concurrent storming of Jerusalem and al-Aqsa mosque.

Sweden’s government has decided to increase its donation to Palestinians to $200 million, following its official recognition of the Palestinian state.

Swedish Consul General in Jerusalem Ann-Sofie Nilsson said that her country will raise provisional aid to $200 million, over the next 5 coming years, according to a new plan.

She added that ‘this aid will contribute to the building of a Palestinian state, and we will focus on three areas, democracy, human rights, and the ability to adapt to environmental and climatic changes and the development of the private sector”.

Nelson reviewed the Swedish contribution to the development of Area C, occupied East Jerusalem and the Gaza Strip, while stressing the importance of her country’s recognition of Palestinian state:

‘The decision was taken by the government after consultations between the country and international partners during the past few weeks,’ she said.

For Latin American solidarity efforts, Venezuela will send 10 tons of humanitarian aid and medical equipment for the war-torn Gaza Strip, the Palestinian embassy in Caracas stated.

A plane will carry the aid from Caracas to the Amman airport on Sunday, and the same plane will bring 100 Palestinian students who have been granted scholarships to study in Venezuela to the country, an official statement said.

Linda Subih, the ambassador of Palestine to Venezuela, said that she and 31 young Venezuelan men and women would accompany the aid to Amman, after which it would be sent to the Gaza Strip.