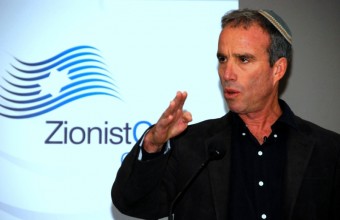 PNN correspondence reports that the Israeli Knesset, Sunday, approved a law which will ease immigration restrictions via conversion to Judaism (by authorizing Rabbis in ‘Israel’ to head conversion courts following rabbinate criteria).The rabbinate of the Israeli state was, in fact, heavily criticized for having the strictest most ‘discriminate’ conversion criteria, where there are only 4 conversion courts.

However, Israeli ministers approved the bill (presented by Elazar Stern) despite the opposition of Netanyahu and others, as the bill goes to final reading.

Stern said that the ‘bill allows everyone to enter under the wings of Judaism,’ which will strongly contribute to the Jewish/ Zionist emigration into occupied Palestine.

Mr. Stern added: ‘The committee’s approval of the bill is great news for the Jewish people. Thousands of Israelis will soon be able to convert in a dignified and considered Jewish manner. This is a rectification of a moral and values failing.’

According to the PNN, there are some 364 thousand Israeli settlers who emigrated from Russia, have Jewish descendants, but are not considered Jewish. Therefore, Jewish agency leader Natan Sharansky welcomed the bill, saying it was ‘fundamental to emerge as many ‘Israeli’ immigrants as possible.’