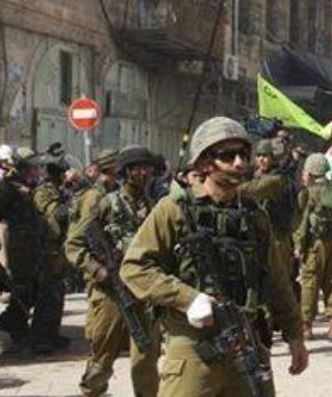 Spokesperson of the Popular Committee against the Wall and Settlement in Beit Ummar, Mohammad ‘Ayyad Awad, said the soldiers also kidnapped Mohammad Mosleh Awad, 26, as he was attending a court heading for his cousin at the Ofer Israeli military court, near the central West Bank city of Ramallah.

Awad was taken prisoner on Sunday; he is a former political prisoner who spent several months in Israeli interrogation and detention centers.

In related news, soldiers kidnaped on Monday at dawn a Palestinian woman identified as Yasmeen Taiseer Sha’ban, 31, after invading her home in the al-Jalama town, near the northern West Bank city of Jenin. Sha’ban is a married mother of three children.

Also on Monday, soldiers invaded Huwwara town, south of Nablus, and forced shut several Palestinian stores on the main road of the town.

The soldiers said they were searching for youths who allegedly hurled Molotov cocktails at a settlement bus on Sunday.