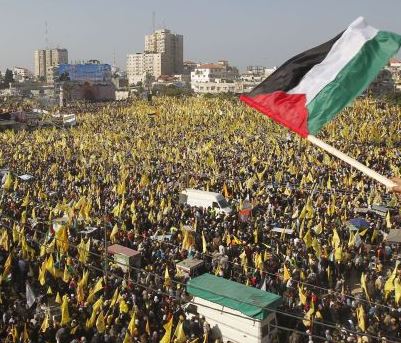 A number of explosions struck, on Friday dawn, around 15 homes, and cars, belonging of leaders of the Fateh movement in different parts of the Gaza Strip, and the podium that was installed ahead of the memorial ceremony of late Palestinian president of Yasser Arafat, west of Gaza City.The Palestinian News & Info Agency (WAFA) has reported that the explosions targeted homes, belonging to senior Fateh leaders, and their cars, in the western area of the Gaza Strip.

The explosions also struck the podium that was placed to commemorate the tenth anniversary of the death of late President Yasser Arafat, west of Gaza city. The podium was placed ahead of the commemoration ceremony planed for November 11.

The explosions caused excessive property damage to homes and cars, but apparently no one was physically harmed.

A spokesperson of the Fateh movement Fayez Abu ‘Aita in Gaza told WAFA that an explosion also struck his home and car in Jabalia, in the northern part of the Gaza Strip.

On Thursday, Abu ‘Aita denounced what he called “statements of incitement by some Hamas leaders targeting President Abbas, and the Unity Government.’

Meanwhile, in Hamas-affiliated Palestinian Information Center, has reported that the explosions are “part of internal conflicts within the Fateh movement.”

It added that, on Thursday, supporters of Abbas clashed with supporters of Fateh official, former head of the Preventative Security Forces, Mohammad Dahlan, in the al-Azhar University in Gaza.