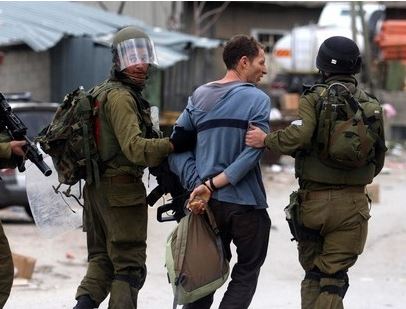 The soldiers also kidnapped a child, identified as Ehab al-Ja’abeess, 14 years of age, and a third Palestinian who remained unidentified until the time of this report.

On Thursday at night, soldiers kidnapped sixteen Palestinians in different neighborhoods and towns in Jerusalem.

The kidnapped Palestinians, from Husan town, were heading back home from work.