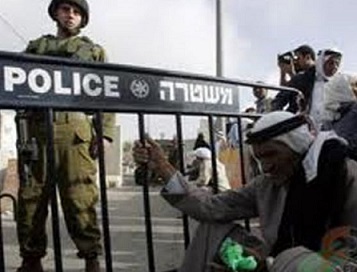 The Israeli Army and Police declared, on Thursday evening, a series of further restrictions limiting the entry of Muslim worshipers into the al-Aqsa Mosque, on Friday, including preventing all men, below the age of 30, from entering it.The army said it expects further clashes around the mosque area, and in different parts of occupied East Jerusalem, and that it received information that Palestinians youths “are planning confrontation with the army.”

Dozens of additional units of Border Guard Police officers have been deployed in different parts of occupied Jerusalem, especially in the Old City, since early dawn hours, Friday.

On Thursday evening, clashes took place in various neighborhoods in Jerusalem, and the Shu’fat refugee camp; the army fired rounds of live ammunition, rubber-coated metal bullets and gas bombs, while a number of youths hurled stones and Molotov cocktails at the soldiers.

Also on Thursday, dozens of Israeli extremists carried out another provocative march into the Al-Aqsa Mosque yards, while chanting slogans against the Arabs and waving Israeli flags.

In related news, the Israeli police said one of its cars came under Palestinian fire while driving on settlement road number 465, near ‘Aboud village, in the central West Bank district of Ramallah.