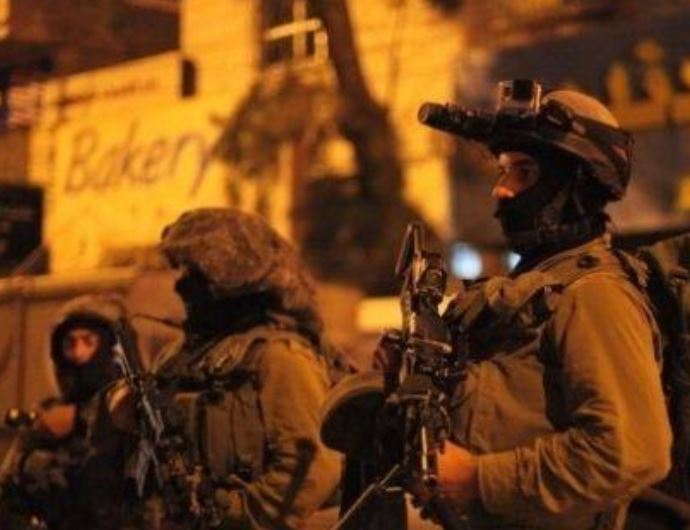 Israeli soldiers kidnapped three Palestinians, including two former political prisoners, in occupied East Jerusalem, and two others in Beit Surik town, northwest of Jerusalem. One Palestinian seriously injured near Ramallah, and one kidnapped.Local sources said clashes took place in Silwan town, south of the Al-Aqsa Mosque in Jerusalem, and that the soldiers fired gas bombs, rubber-coated metal bullets, and rounds of live ammunition.

The soldiers then kidnapped former political prisoners ‘Ala al-Maqdisi and Mohammad Amin al-Ghoul, from Wadi Qaddoum neighborhood in Silwan, south of the Al-Aqsa Mosque.

‘Ala, member of the Popular Front for the Liberation of Palestine (PFP), was previously imprisoned by Israel for twelve years, and was released on April, 4 2013.

In related news, soldiers broke into the home of resident Mohammad Sinnawi, a political leader of the PFLP, and handed him a warrant for interrogation.

The army has kidnapped more than 250 Palestinians in Jerusalem, in the last two weeks; many of them are former political prisoners.

In addition, soldiers invaded Betunia town, near the central West Bank city of Ramallah, broke into a residential building, and injured one Palestinian.

Local sources said Ahmad Hassouna was shot by three rounds of live ammunition in his leg and abdomen, and was moved to a hospital suffering life-threatening wounds.

Soldiers also kidnapped Samer ‘Awwad in the same building, and took him to a nearby military center.
.

On Tuesday evening, soldiers kidnapped a child in Hebron city, in the southern part of the West Bank.

His family said the soldiers kidnapped Yousef Raed Abu Sneina, 12, after storming their home in Jardoun area, south of the city, and ransacking it.

In related news, the Ofer Israeli Military Court, near Ramallah, sentenced a Palestinian woman, identified as Nahil Abu ‘Aisha, 33, from Hebron, to 33 months and a 2000NIS fine.

Abu Aisha was kidnapped on March 14 2013, and is currently held at the HaSharon Israeli prison; she suffers from several health conditions.