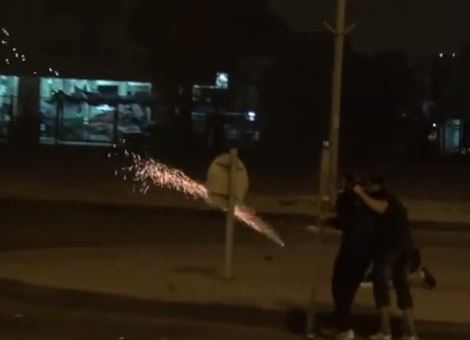 The Israel army has been given a green light to use live ammunition against Palestinian protesters who use fireworks against during clashes, especially amidst the increase in confrontations in occupied East Jerusalem due to escalating Israeli violations, and invasions into the al-Aqsa mosque, and Palestinian areas in the city.Israeli Channel 2 quoted a senior officer of the Central Command of the army, a division running Israel’s illegal occupation of the West Bank and Jerusalem, stating that Israel now views the use of fireworks as a “constantly evolving threat.”

Lawyer Yousef Karram of the “Association for Civil Rights in Israel,” warned that the new decision is a very serious escalation that could affect the entire situation in the occupied territories, adding that the decision violates basic human rights.

Karram added that this decision could lead to a large number of casualties, an issue that would cause further confrontations and escalation.

He further stated that, since the use of fireworks during protests is a new phenomenon, the army guidelines do not have any clause regarding the means of countering it.

The decision to use live rounds is not a new strategy, as the military frequently resorts to live ammunition to counter protests, and in many cases used live rounds against nonviolent protests against the Annexation Wall and settlement.

However, the “justification” this time comes under the pretext of countering the use of fireworks by the protestors, an issue that could grant the army a green light to use deadly fire under the guise of feeling threatened by fireworks, even if such a perceived threat was baseless.

It is worth mentioning that there have been numerous fatalities among Palestinian protesters, who were shot by what Israel calls rubber bullets, as those bullets are rounded pieces of metal covered with a very thin coating of rubber.