Jerusalem: Israel is Not Crazy 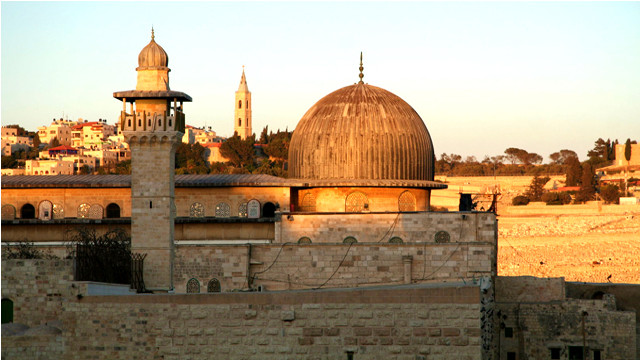 Israel’s escalation in Jerusalem is not crazy, but logical and consistent political behaviour meant to create new facts on the ground. Nassar Ibrahim explores.Some are surprised by Israel’s unprecedented escalation in Jerusalem, particularly by its attack of the symbolically-laden al Aqsa mosque. Why does Israel need to provoke Palestinian and world public opinion, these pundits exclaim, given the war on Gaza, Arab world preoccupation with itself and the so-called war on ISIS? Why is Israel redirecting attention to Jerusalem and the al Aqsa mosque – doesn’t this reflect a narrow political horizon, a form of craziness?

In fact, I am surprised by those who are surprised. What Israel is doing in Jerusalem is certainly not crazy or stupid. Israel plans and selects the correct moment to implement these plans. What is happening in Jerusalem is not spontaneous or a knee-jerk reaction, but political behavour that aptly describes Israeli politics.

At this moment, when the world is preoccupied with other things, Israel decided it was the appropriate time to cross the Palestinian and Arab red line. This red line over which Israel crossed relates to geography, religion, morality and symbolism of the Palestinians and Arabs. Israel is making the strongest possible symbolic hit with its attacks on al Aqsa. This, in turn, opens the way for altering and damaging other dimensions of Jerusalem, be they demographic or spatial, economic or political. Then, after registering the weak global reactions to its provocations in Jerusalem, the occupation can advance in new ways throughout all of the occupied Palestinian territory. Israel emphasises that Jerusalem is its united and eternal capital based on the historical novel the Bible, and that the rights of other religious groups would be respected in accordance with the emerging new reality in the city.

Israel’s escalation in Jerusalem is not merely political but also strategic. It is the culmination of the entire system of moves taken by the occupation since 1967. It seeks to change the heart of Jerusalem’s reality on all levels and to reach the right moment in which these new facts are transformed into well-established structures that are difficult to alter.

In other words, this is the exact same strategy Israel uses vis-a-vis its settlements.

Israel is not bothered that it’s violating international and humanitarian law. It continues, for example, settlement construction so that a new reality is created, one that creates a new spatial conception and can thus not be ignored. Israel sees itself as above international law, answering only to a “higher law” of a “divine promise” which gives it the right to control any geographical area in Palestine.

This long and complex ongoing process is further intended to bolster the internal political structure in Israel and to maintain cohesion. Israel acts based on its own public opinion, including that of religious, political and ideological extremist groups, and only after does it look toward global public opinion and international law, which are also used to serve Israeli public opinion.

In contrast we have the Palestinian and Arab political behaviour, where the top priority is for the so-called global public opinion and only after come the varying interests of internal public opinion.

The ceiling of Palestinian national rights is thus set by the determinants of international public opinion, which is always pushing for the “defense” of Israel and protection of its achievements; this is clear from the inability to halt any Israeli attack – whether against Jerusalem or Gaza – and Israel’s continued violation of international law and covenants. Furthermore, any Palestinian reaction aimed at resisting these policies is deemed illegal and unethical.

In Jerusalem, however, the bottom line is that the Palestinians are now being driven by political and social forces to escalate their opposition to occupation policies. They are not held down by international public opinions or possible reactions. Palestinians are focused on protecting their very existence, rights and resistance, and specifically in Jerusalem this prohibits bargaining on these matters as that would result in the collapse of a comprehensive system of national, historic and moral rights. In Jerusalem the Palestinians are struggling against all levels of the occupation system, and their strategy must be the antithesis of the usual. Any thing else will lead to disaster in the national sense.