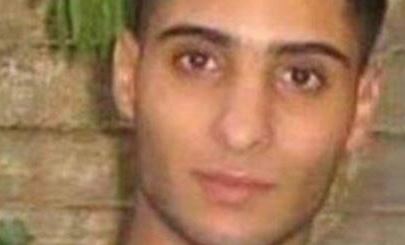 Dozens of Israeli soldiers invaded, on Friday evening, Silwan town in occupied East Jerusalem, and handed the family of Abdul-Rahman Shalloudi an order informing them of a decision to demolish their home.Israel claims that, on Wednesday October 22, Shalloudi deliberately rammed his speeding car into Israelis waiting for the light rail, while many reports indicated he might have lost control of his vehicle due to high speed and illness, wounding seven, and killing a 3-month-old baby.

Israeli rail guards opened fire at him, and he died of his wounded a few hours after his injury. http://www.imemc.org/article/69508

Last Friday, his mother said she received the Israeli order to demolish her home, and that the order states the family has until Sunday evening to appeal the decision.

On Monday November 10, the army and Jerusalem City Council employees invaded the home of Shalloudi, and took measurements and pictures of the property, as it is located in the top fourth floor of a residential building.

On Thursday, soldiers invaded the home of Mo’taz Hijazi and took measurements of the property in preparation for demolishing it.

(Mo’taz Hijazi Article: http://www.imemc.org/article/69563)
Israeli Prime Minister Benjamin Netanyahu instructed the army to speed up the destruction of the homes of Palestinians who, according to Netanyahu, “carry out terrorist attacks” in Jerusalem.

The demolition of homes and property is an act of collective punishment that violates International Law and the Fourth Geneva Convention.