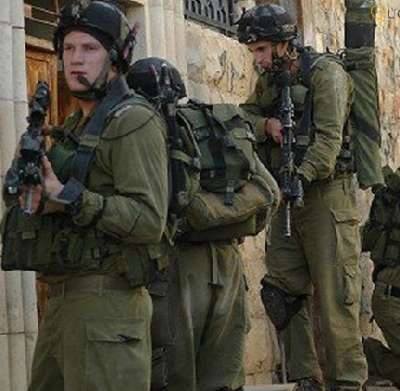 Several Israeli military vehicles invaded, on Wednesday at dawn, the southern West Bank city of Hebron, and Beit Ummar nearby town, broke into and searched homes, and installed roadblocks.Mohammad Awad, spokesperson of the Popular Committee against the Wall and Settlements in Beit Ummar, stated that the soldiers invaded the Beit Za’ta area, east of the town, violently searched and ransacked several homes.

On Tuesday at night, soldiers invaded the home of Amer Abu Aisha and Marwan al-Qawasmi, and searched the properties causing excessive damage. The two were killed by the army in September.

Soldiers also installed roadblocks at the entrance of Beit Ummar town, and the western entrance of Doura town, before stopping and searching dozens of cars, and interrogated the passengers while inspecting their ID cards.

Rateb Jabour, spokesperson of the Popular Committee against the Wall and Settlements in southern Hebron, said that members of the al-Hathaleen family were ordered to remove their tents, and tin structures, used for residence, and a number of tin barns.