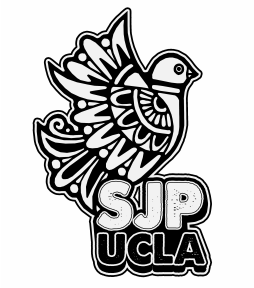 Divestment organizers at UCLA, representing a wide coalition of students from all backgrounds and sectors of campus, celebrated a milestone victory for social justice with the passage of ‘A Resolution to Divest from Companies Engaged in Violence against Palestinians.’ The resolution, sponsored by Negeen Sadeghi-Movahed, Conrad Contreras, and Manjot Singh, passed by an 8-2-2 margin. It was sponsored by 15 student organizations and endorsed by an additional 17, making for 32 total student groups in support of divestment. UCLA’s vote marks the 6th of 9 undergraduate University of California campuses to have taken a majority vote in support of divestment from corporations that violate Palestinian human rights.

Council members from a variety of political affiliations voted in favor of the resolution, including independents, progressives, and a member of the campus’ moderate party. Before the vote, council members expressed their admiration and respect for the coalition building, education, and outreach by SJP-UCLA during our campaign. Also notable was the positive tone of the hearing and discussion, wherein most council members affirmed their support for one another regardless of their votes.

The resolution could not have been successful without the support of the students from many communities who came out to speak in its favor and who stayed at the hearing until it passed. Alaa Abuadas, the programming director for SJP-UCLA said, ‘as a Palestinian, I want to thank every single person who helped us pass this bill, for getting us one step closer to a free Palestine.’

This resolution’s victory does not mark the end of SJP’s efforts. SJP sees the passage of divestment as a chance to help other communities use this tool as an avenue to attain more political agency. On that note, the organization sees this vote as laying a principled foundation from which students from myriad backgrounds can continue to educate and organize in support of not just Palestinian rights but all causes of social justice.

See also: Solidarity with Palestine Soaring on US Campuses