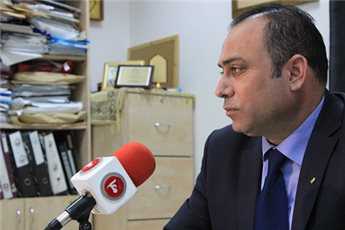 Israeli police issued a summons order, Thursday, to a Palestinian pathologist who attended the autopsy of a bus driver found dead earlier this week.Dr. Saber al-Aloul received an order to report to the Russian Compound detention center for questioning at 10 a.m. on Sunday, he told Ma’an News Agency.

The pathologist said that the order was illegal, and that only a court or general prosecutor could issue this type of demand for a court session, and not a closed interrogation.

Al-Aloul attended the autopsy of Yousuf Hasan al-Ramouni, 32, who was found hanged inside his bus at the Har Hotzvim terminal near Jerusalem.

Israel’s Coordinator of Government Activities in the Territories, Yoav Mordechai, said on Tuesday that an autopsy report on the death proves it was a suicide and that there was ‘no suspicion of criminal activity.’

The victim’s brother, Osama al-Ramouni, said the family did not accept a verdict of suicide, saying his body ‘had bruises on it,’ suggesting he had been ‘tortured’ before his death.

‘My brother had children and was a happy man. It is impossible that he killed himself,’ he told AFP.