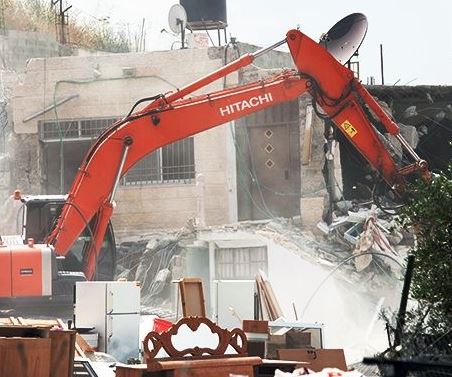 Human Right Watch (HRW) issued a statement calling on Israel to stop the illegal policies of the demolition of homes of Palestinians suspected of carrying attacks on Israelis, and said the destruction of homes is unlawful as it constitutes a form of collective punishment, and a war crime.HRW said Israel’s policies of the destruction of Palestinian homes in the occupied West Bank, and occupied Jerusalem, are deliberate and unlawful acts that punish people, and entire families, not accused on any attacks.

HRW deputy Middle East and North Africa director, Joe Stork, said the destruction of homes is a deliberate unlawful measure, adding that the Israeli authorities should conduct all legal measures of prosecution, conviction and punishment against the attackers, instead of carrying out ‘vengeful destruction that harms entire families.”