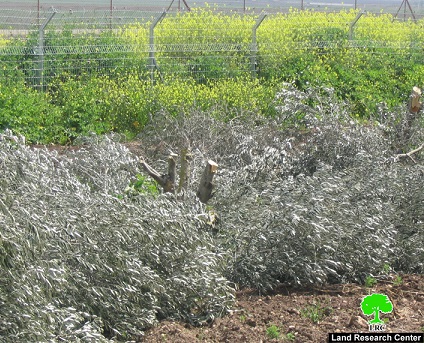 The Israeli military issued, on Sunday, a military ruling renewing an order preventing the Palestinians from building in their own lands, in thousands of Dunams of Palestinian lands, south of the northern West Bank city of Jenin.Jenin Governor, Ibrahim Ramadan, stated that the army has officially informed heads of local councils, west of Ya’bad town, that it is renewing its original order, originally issued in 2009, denying them the right to build or modify existing structures in the area.

The army considers the area in question to be under “full military control,’ and cannot be used by the Palestinians.

He added that the lands, impacted by the Israeli ban, are around 60 kilometers long, and 3.5 Kilometers wide.

The Governor said the fact that the lands are under military control also means that the Palestinians cannot even plant them, an issue that violates of their basic rights as the owners of these lands.