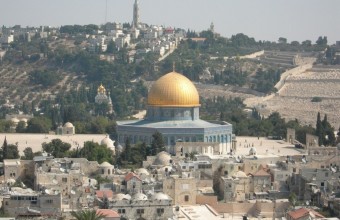 Israeli media reported, on Monday, that a 45-year-old Jewish man arrived at a police station in Jerusalem’s Old City with stab wounds to his abdomen. According to Ynet, the man said that he had been stabbed by Arabs, with an initial police investigation finding that three yeshiva students were attacked by several Palestinians in the area, and that the man was stabbed during the brawl.

The report added that police were searching the area, while one man is now in custody.

The reported incident comes amid heavy tensions in Jerusalem, with tit-for-tat attacks increasing between Palestinians and Israelis following an attack on a synagogue last Tuesday that left five Israelis dead and several injured.

Near-daily attacks, by Israeli settlers and soldiers alike, on Palestinians and their property in the occupied West Bank and East Jerusalem, have been reported in the days following a recent incident at a synagogue which left five Israelis dead and several injured.