Child Injured After Being Rammed By Settler’s Vehicle 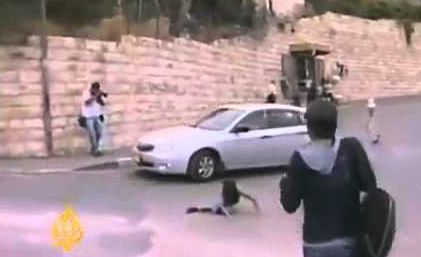 Palestinian medical sources have reported, on Monday evening, that a child suffered several fractures and bruises, after being struck by a speeding settler’s vehicle, west of occupied Jerusalem.
The sources said that Khalil Khamis al-Keswani, 14 years of age, suffered a fracture in his left leg, and various cuts and bruises to different parts of his body.

The child’s father, Khamis al-Keswani, said a settler deliberately attacked his son, and chased him with his car, adding that his child managed to run away from the car after the initial impact.

Khamis complained that it took the police and the Israeli ambulance a while before they actually arrived at the scene, near Deir Yassin, in West Jerusalem.

Also on Monday evening, a number of fanatic settlers attacked a Palestinian identified as Mahmoud Issam Obeid, 19, near the French Hill settlement, as he was walking home in the al-‘Isawiyya town, in occupied East Jerusalem.

Obeid said he was heading home after work when some settlers approached him, asking for a light, and when he said he doesn’t have one; the settlers attacked him while carrying knives and batons.

The assailants tried to stab him, and managed to hit him with their batons before he ran away; he was moved to the al-Makassed hospital suffering a fracture in his left leg.

There have been daily attacks carried out by Israeli extremists against the Palestinians, their cars and property, in different parts of occupied Jerusalem this past week.