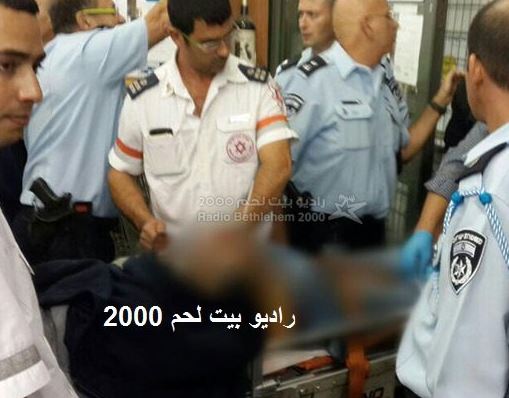 Israeli sources have reported that two Israelis were injured in a supermarket in the Mishor Adumim illegal settlement, close to occupied Jerusalem, after being allegedly stabbed by a Palestinian, who was shot and injured by a security guard.The sources said the attack took place shortly after 4 pm, and that the two wounded Israelis suffered moderate injuries and were moved to the Hadassah Hospital in Jerusalem after receiving first aid by medics at the scene.

Israeli Ynetnews said the Palestinian is from the al-‘Ezariyya town, in occupied East Jerusalem, and suffered a mild-to-moderate injury after being shot in the legs.

The Israeli police also arrested two others Palestinians on suspicion that he could be involved in the incident.

Israeli soldiers invaded the home of the Palestinian, believed to be the attacker, and searched the property before kidnapping his father and his brothers, the Maan News Agency has reported.

The Palestinian, a teenager, has been identified as Ibrahim Abu Sneina.