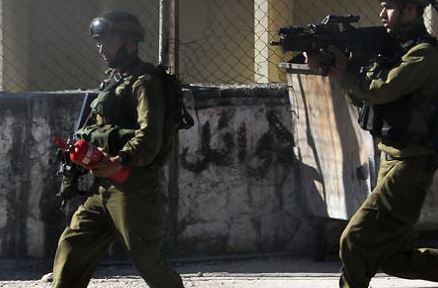 Palestinian medical sources have reported that a child was shot and injured by Israeli army fire, during clashes that took place in ‘Askar refugee camp, in the northern West Bank district of Nablus, after dozens of soldiers invaded it.Local sources said clashes took place in the camp after the army invaded it, on Wednesday morning, and that the soldiers fired rounds of live ammunition, gas bombs and rubber-coated metal bullets.

The child, identified as Ahmad Mazin, 14 years of age, was shot by a live round in the foot.

Many Palestinians suffered the effects of teargas inhalation.

In addition, soldiers invaded the downtown Nablus, and the al-Makhfiyya eastern neighborhood, and clashed with local youths; no injuries were reported.