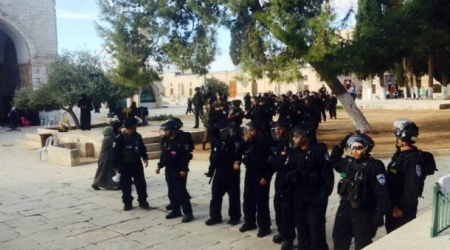 Alkeswani pointed out that a number of settlers tried to perform Talmudic rituals, but were confronted by defenders, including worshipers at the mosque, and were taken out through the gate of al-Selsela.

Alkeswani noted that the Israeli police has been blackmailing Palestinian worshipers and students by seizing their identities cards.

Israeli army bulldozers, on Wednesday, demolished a Palestinian building and 20 commercial shops in occupied East Jerusalem under the pretexts that the structures had been built without permission.

He said that Israeli forces had prevented anyone from approaching the area since early morning.