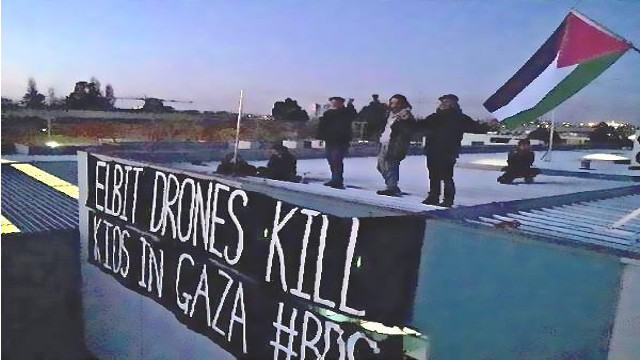 The Brazilian state of Rio Grande do Sul has cancelled a major collaboration deal with Israeli military company Elbit Systems in the wake of protests over the firm’s role in oppression of Palestinians.Brazilian social movements and trade unions and Palestinian groups had called on authorities to cancel the deal over Elbit’s role in the construction of Israel’s illegal apartheid Wall in the occupied West Bank and its close relationship with the Israeli military.

Tarson Nuñéz, the coordinator of the international relations department of the Rio Grande do Sul government described his government’s decision by saying:

“Our government has always given centrality to the promotion of peace and human rights and considers the demands of the social movements and important voice that needs to be heard. Today’s announcement is a logical consequence of this.”

Drones supplied by Elbit Systems were tested during Israel’s recent attack on Gaza that killed more than 2,100 Palestinians, and Elbit’s share price has risen since the massacre as investors anticipated a rise in orders of technology that was used for the first time during the attacks.

Rio Grande do Sul governor Tarso Genro had signed a research cooperation deal making Elbit the first Israeli military companyto lead Brazilian military projects in April 2013. Elbit was to be provided access to public funding and technologies produced by four local universities. Ongoing protests and lack of federal support had weakened the project. In his open letter, Genro declared the memorandum of understanding to be “void of meaning”.

A $17m plan to build a military satellite is among the projects cancelled by Tuesday’s announcement.