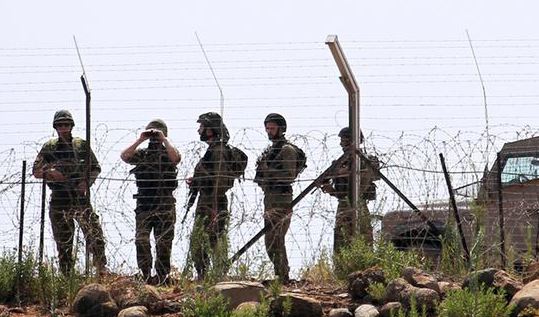 Dr. Ashraf al-Qidra, spokesperson of the Ministry of Health in Gaza, has reported that two young Palestinian men have been shot, and injured by Israeli army fire, east of Jabalia, in the northern part of the Gaza Strip.Dr. al-Qedra said the two young men, in their twenties, were shot in the legs, and are currently receiving treatment in the Kamal ‘Adwan Hospital, in Beit Lahia.

Dr. al-Qedra stated the two were nearly a 100 meters away from the Israeli fence, across the border with Gaza.

The Israeli military claimed nearly 70 Palestinians approached the “security fence,’ and that the soldiers fired live rounds into the air, in addition to rubber-coated metal bullets and tear gas bombs, “in order to disperse the Palestinians.’

It is worth mentioning that, on November 23, Israeli soldiers shot and killed a Palestinian, identified as Fadel Mohammad Halaweh, 32, allegedly after he, along with another Palestinian, approached the “security fence” east of Jabalia.

Eyewitnesses said the two were hunting birds, and in contrary to Israeli military allegations, did not approach the fence.