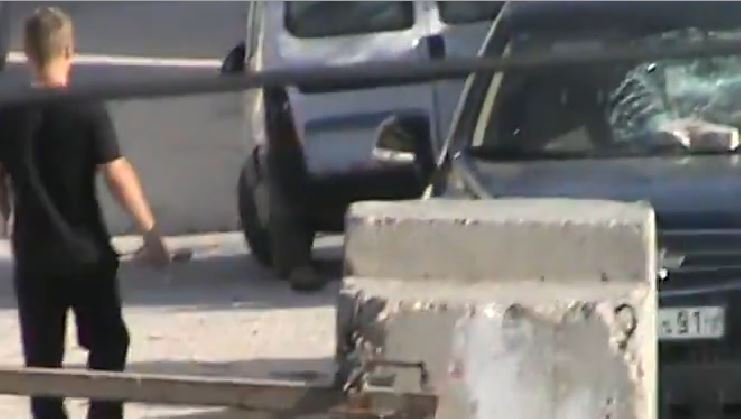 The Israeli Information Center for Human Rights in the Occupied Territories (B’Tselem) published a video report showing Israeli settlers vandalizing Palestinian property in the southern West Bank city of Hebron, and showing how the Israeli Police witnessed the attack, and allowed the settlers to walk free.B’Tselem said the incident took place on Thursday, December 4, 2014; when apparently Palestinian youths hurled stones at a settler’s car, before two settlers stepped out of their vehicle in an attempt to chase the youths, who ran away.

The settlers then decided to attack a Palestinian car parked nearby and threw rocks at it, smashing its windshield.

They also attacked another car, and one of the settlers grabbed several cartons of eggs the Palestinian driver had in the back of his car, and smashed them on the ground.

B’Tselem said that in minute 2:08 of the video, the settlers can be seen leaving the area after the police and the army arrived at the scene. Despite the fact that the army saw the vandalism carried out by the settlers, the settlers were allowed to leave without even a ticket.

On its Facebook page, B’Tselem said what happened is part of the reality of life in Hebron, where soldiers and police officers just stand by while the settlers break the law, attack and harm Palestinians, and destroy their property.

“There is a nearby military roadblock, regularly manned by the soldiers, and about 200 meters away is a police station. A settler from Kiryat Arba settlement, who also works as a security officer in the settlement, a police car and an army vehicle are visible in the video.”

In its report, the Center added that neither the police, the soldiers nor the security officer, bothered to stop the assailing settlers, or even ask for their ID cards.

“Two settlers responsible for destroying property were never detained or questioned, they were just allowed to drive away without any delay,” B’Tselem said, “Later on, the Palestinians filed a complaint with the Israeli Police in Hebron.”

A recent report by another Israeli human rights organization found that over 95% of complaints filed by Palestinians against Israeli settlers go uninvestigated. 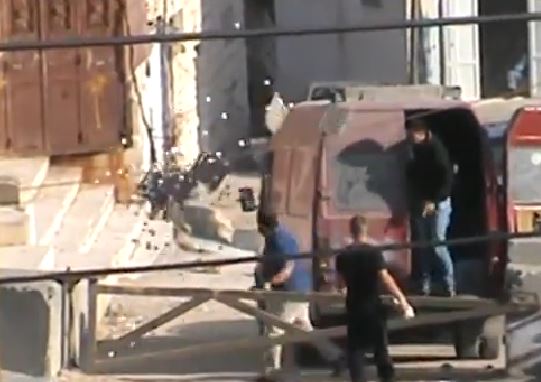