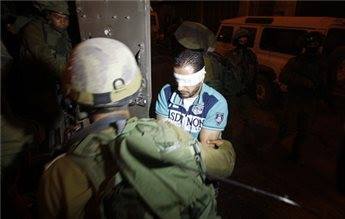 In occupied Jerusalem, soldiers kidnapped a Fateh leader, identified as Ahmad al-Ghoul, after invading and ransacking his home in Silwan town, south of the Al-Aqsa Mosque.

In addition, an Israeli news agency, affiliated with the army, has reported that the soldiers kidnapped a Palestinian at the Qalandia terminal, north of occupied Jerusalem, allegedly carrying a gun, knives and mobile phones.

It said the soldiers stopped the Palestinian’s car, and searched it, before uncovering the alleged weapons.

The army believes the Palestinian, who remained unidentified, “intended to attack Israelis.”

The kidnapped Palestinian was moved to a security center for interrogation.