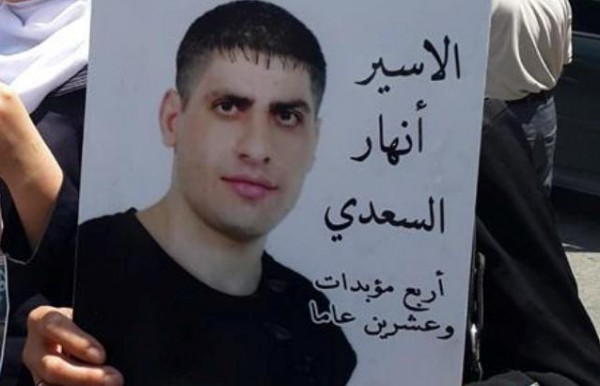 The Palestinian Prisoner Society (PPS) has reported that seventy detainees, held in a number of Israeli prisons and detention centers, have decided to hold an open-ended hunger strike, starting Wednesday.The PPS said the detainees decided to start their strike in solidarity with detainee Nahar as-Sa’ady, who began his hunger strike on November 20, demanding an end to his solitary confinement, and allowing him family visits.

It added that the detainees are also demanding the Prison Administration to end the solitary confinement of dozens of detainees, and to release all ailing detainees.

Israel claims Sa’ady, who is currently in solitary confinement in Ayalon Prison, “planned the abduction of Israeli soldiers,” and denied him family visits in order “to prevent any communication with people outside the prison walls.”

Sa’ady denied the Israeli allegations, and said they were made up so that the Prison Authority can justify keeping him in solitary confinement.

The Palestinian Detainees Committee said Sa’ady is now totally isolated from the outside world, and is placed in a very small, cold cell, that is not fit for human use.

The Committee added that Sa’ady also suffers from spinal cord issues; he is serving four life-terms and additional 20 years imprisonment. The detainee has been in solitary confinement since 2013.