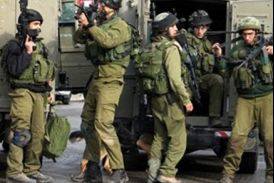 Zayyad is a political leader of the Fateh Movement of President Mahmoud Abbas, in Jerusalem.

Another Palestinian has also been kidnapped near the Qalandia terminal, north of occupied East Jerusalem.

All kidnapped Palestinians have been moved to a number of interrogation centers in occupied Jerusalem.