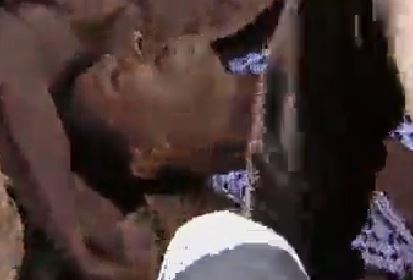 Following the death of Minister Zia Abu Ein, who was violently assaulted by Israeli soldiers during a nonviolent activity near Ramallah, Permanent Palestinian Observer at the UN Riyad Mansour, demanded the UN to investigate the assault, and to provide protection to the Palestinian people.Mansour sent three identical letters to UN Secretary General Ban Ki-moon, Chad’s Ambassador – the head of the Security Council this month, and the head of the General Assembly, demanding them to stop the escalating Israeli violations and crimes against the Palestinian people, and their representatives.

Mansour provided a detailed account of the incidents that led to the death of Minister Abu Ein, who was violently pushed and beaten by the soldiers, along with many other nonviolent protesters, before the soldiers hurled gas bombs at them, especially targeting the minister leading to his death.

Minister Abu Ein is the head of the Palestinian Committee Against the Wall and Settlements in the occupied West Bank.

Mansour demanded the Security Council and the International Community to act and stop the escalating Israeli crimes.

He added that President Mahmoud Abbas has repeatedly demanded the UN, and its head, to provide international protection for the Palestinian people and their lands, facing constant attacks and crimes by the Israeli occupation army and the extremist settlers, illegally living in the occupied West Bank, and Jerusalem.

Mansour said the world must act and end the illegal, criminal, Israeli occupation of Palestine, so that the Palestinians can establish their independent sovereign state, with East Jerusalem as its capital.

The ambassador also demanded an international, credible, investigation into the crime that led to the death of the Palestinian Minister, and to punish those responsible for the crime.

He also contacted several countries demanding them to denounce the Israeli crimes, and to act on ending the Israeli occupation of Palestine.

Meanwhile, High Representative of the European Union for Foreign Affairs and Security Policy Federica Mogherini called for an immediate and independent investigation into the death of Minister Abu Ein.

Mogherini issued a press release stating that the constant reports of excessive use of force by the Israeli army against nonviolent protests and activities are very alarming, adding that the International Community needs to understand the seriousness of the situation on the ground.

She also called on all parties to use utmost restraint “in order to prevent further escalation.”

Abu Ein was assaulted by the soldiers while planting, along with dozens of peace activists, olive saplings on lands Israeli illegally intends to confiscate, in Turmus Ayya village, near the central West Bank city of Ramallah.

He also suffered the effects of tear gas inhalation, and went into a coma before he was moved to the Ramallah Governmental Hospital, where he died of his wounds.

The lands Israel intends to illegally confiscate from the Palestinians will be used to expand ‘Adi outpost that is, so far, considered illegal by Israel itself.