Abbas: “Israel Must Be Held Accountable For Its Crimes” 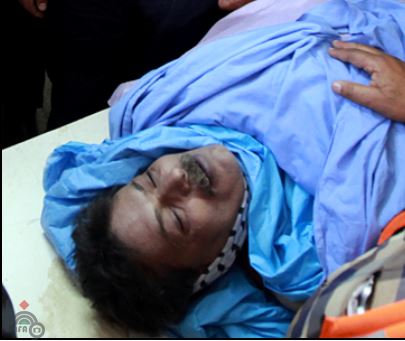 During a meeting with scores of officials and ministers in the central West Bank city of Ramallah, following the death of Minister Ziad Abu Ein, President Mahmoud Abbas said all options are open to hold Israel accountable for its crimes, and that the Palestinians are determined to continue the popular resistance against the occupation, its Wall and illegal settlements.Abbas said the Palestinians are determined to continue their fight against Israel’s illegal colonies in Palestine, to continue the struggle until ending the Israeli occupation, and to establish their independent State.

“Without that, we will not be silent; we will not tolerate those crimes; what happened today [Wednesday] is a crime with all this word entails,” the Palestinian president said, “That is why we are holding this meeting, let me be frank, all options are open, to discuss, debate and implement our next move.’

Meanwhile, the United States said “it is concerned” about the latest developments and the death of Abu Ein, who was also beaten by the soldiers, and demanded Tel Aviv to investigate the incident.

Jennifer Paski, spokesperson for the United States Department of State, demanded Israel to conduct “a credible and transparent investigation” into the issue, and called “on both parties to avoid further tension and escalation.”

France, Italy and several European countries also denounced the murder of Abu Ein, called on Israel to investigate it, and stressed on ‘the importance of resuming direct peace talks between Israel and the Palestinians.”