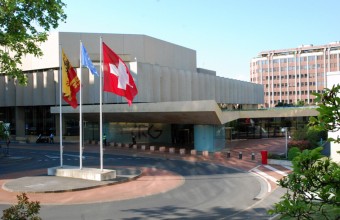 Israel decided, this Thursday, to boycott the international Geneva conference scheduled for December 17th, and will also reconsider its relationship with Switzerland, according to Israeli sources.The decision comes following Switzerland’s call, on Thursday, for a special meeting of the high contracting parties of the Fourth Geneva Convention next week, which is expected to severely censure Israel for its actions in the West Bank and Gaza.

PNN further reports that Switzerland, the Depository of the Fourth Geneva Convention, under the request of Palestinian Authority who joined the convention in April, summoned the meeting following the breakdown of the US-backed Israeli-Palestinian negotiations.

According to Israeli daily news outlet, Haaretz, Israel is still hoping to lobby EU states ‘to get as many as possible to boycott the conference’.

Furthermore, the gathering is likely to ‘intensify international criticism of Israeli policy in the territories, particularly with regard to the settlements‘.

The Fourth Geneva Convention prohibits harming those uninvolved in a conflict, be they civilians, wounded soldiers or POWs, as well as obliging the occupying side to maintain human rights and decent living conditions of an occupied civilian population.

The US and Australia boycotted the meeting in 2001, in support of Israel, and they are expected to boycott it this year, as well. Canada is expected to do the same.