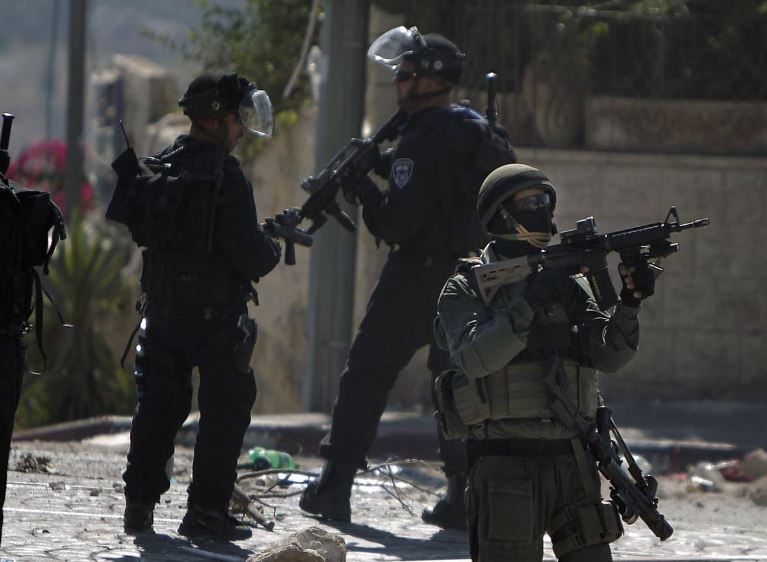 Palestinian medical sources have reported that at least three residents have been injured, with many others suffering the effects of tear gas inhalation, during clashes which took place on Friday evening, as Israeli soldiers invaded Beit Ummar town, to the north of Hebron.Mohammad Awad, spokesperson of the Popular Committee Against the Wall and Settlements in Beit Ummar, said that a child identified as Saddam ‘Adel Sleibi, 14 years of age, was shot by two rubber-coated metal bullets; one in his chest and one in his right leg.

He was shot near the Somoud Mosque, in the ath-Thaher area, south of Beit Ummar; clashes also took place in Safa area, north of the town.

The child was moved to a medical center in Beit Ummar; his condition has been described as moderate-but-stable.

Two Palestinians were also shot by rubber-coated metal bullets; one in the back and one in the arm, subsequently receiving treatment by local medics.

Scores of Palestinians received treatment for the effects of tear gas inhalation.