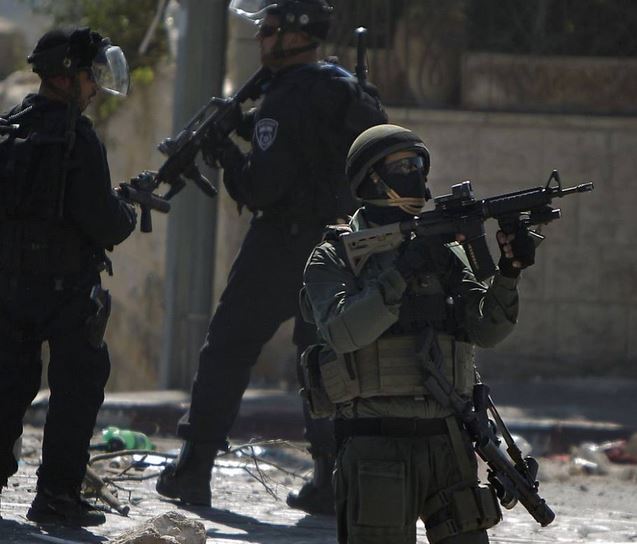 Palestinian medical sources have reported that a man from Nahhalin town, near Bethlehem, was shot and seriously injured by Israeli settler fire, after soldiers alleged that he “sprayed an Israeli settler with acid.”The incident took place at the Husan town junction, to the west of Bethlehem. Israeli Ynetnews said that Palestinians threw acid on seven settlers, wounding two, before reportedly chasing another settler while brandishing a screwdriver. Ynet added that another settler shot and wounded the Palestinian.

The Israeli army said a soldier shot the Palestinian in the leg, causing moderate injury, and allegedly found that he carried a sharp object.

The wounded Palestinian has been identified as Jamal Abul-Majid Ghayada, age 45; he is a former political prisoner who has been repeatedly held captive by Israel. He was moved to an Israeli ‘internal security center’ for interrogation.

In related news, the army kidnapped a Palestinian driver after his car accidentally struck a concrete block, placed by army near the northern West Bank city of Nablus.

Israeli sources reported that several soldiers were standing in front of a military base “when the speeding driver” crashed into the concrete block, and suffered a mild-to-moderate injury.

The army said the Palestinian is currently under interrogation to determine whether the incident was just a traffic accident or a “deliberate attack”.