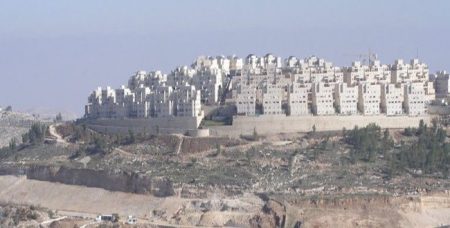 The Israeli Prime Minister’s office has given the green light, to the Planning and Building Committee in Jerusalem, to discuss the approval of some 7,000 housing units in illegal settlement blocs, Israeli media reported.

Israel Hayom said, according to the PNN, Israel’s Deputy Mayor of Jerusalem, Meir Turjeman, who heads the committee, that the units include 3,400 housing units in the Gilo settlement, 2,190 in the Har Homa settlement, 920 in the Pisgat Zeev settlement, 500 in the Ramat Shlomo settlement and 94 in the settlement of Ramot, all of which are illegal under international law.

“I congratulate the prime minister, who accelerated this move and thawed the frozen construction plans … Jerusalem does not have a lot of land reserves, and we have no solutions for the young couples. This is, therefore, a very significant step.”

“Even if I need [to meet] the chairman of the local planning and building committee twice a week, I will do it in order to advance this important step,” Turjeman said.

The Jewish Home party, Netanyahu’s coalition partner, added: “This is an important first stage, and we thank the prime minister for unfreezing building in Jerusalem.”

“We expect support for the unified Jerusalem law and the cessation of the serious construction plan in the Kfar Saba settlement,” it added, in reference to the Palestinian town of Qalqilya, in the occupied northern West Bank.

Israeli media reported, last week, that the government approved a plan to expand the town of Qalqilya, using land from Area C, which is under Israeli security and civilian administration, and allowing the construction of 15,000 housing units for Palestinians under a package of facilitations announced during US President Donald Trump’s visit to the region.

However, the Israeli government quickly withdrew the plan after criticism from right-wing parties, saying it includes the construction of about 5,000 housing units for only Palestinians in the city, which suffers from a suffocating housing crisis.