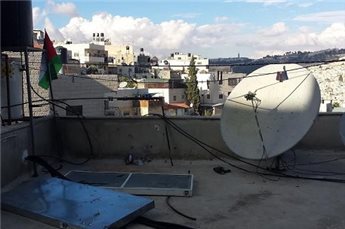 Jerusalem’s Israeli municipality delivered, on Monday, demolition orders for the family home of Mutaz Hijazi, who is suspected of attempting to assassinate extremist American-Israeli rabbi Yehuda Glick.Mutaz’ brother, Uday, told Ma’an News agency that Israeli forces and municipality officials raided the Silwan home and delivered a demolition order for their three-story building, claiming that it was unlicensed.

The home was built before the Israeli occupation of East Jerusalem in 1967, he added.

The family received a demolition order last month, but it was frozen until Israel’s Supreme Court issued a final ruling, Ma’an further reports.

Undercover Israeli forces shot and killed Hijazi on October 30th of this year, hours after the shooting of Glick, in Jerusalem.

The initial autopsy report showed that Hijazi had been shot at least 20 times.