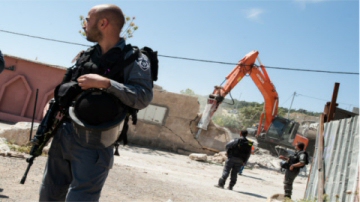 Israeli authorities demolished 46 Palestinian-owned structures in the month of November, according to the United Nations Office for the Coordination of Humanitarian Affairs (OCHA). The demolitions resulted in the forcible displacement of 136 Palestinians, of whom 70 are children.The number of people displaced by demolition in through 30 November 2014 (1,201 people), has exceeded that of all of 2013 (1,103 people). This means that 2014 is already and will be a 6-year record-high for displacement, which has increased annually since 2009.