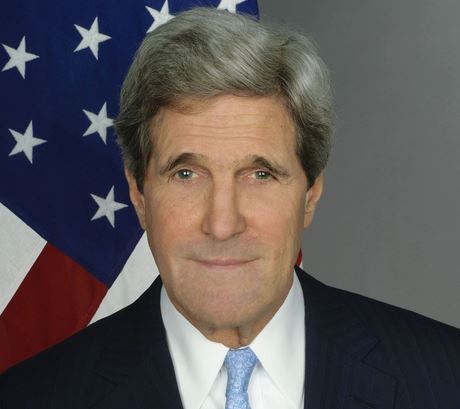 U.S. Secretary of State John Kerry will be holding a meeting in London, on Tuesday, with the Palestinian delegation headed by Chief Negotiator Dr. Saeb Erekat, and various Arab officials.Again, Kerry will be trying to convince the Abbas and Arab officials to rescind, or at least “delay,’ the Palestinian application to the Security Council demanding a time-frame for ending the Israeli occupation within three years.

The United States said it would use its veto power to topple the Palestinian move, but is trying to prevent the application from being submitted in the first place to avoid a hostile political move that could jeopardize its ties with various Arab and Islamic countries.

In addition, Arab League Secretary General Nabil al-‘Arabi will be holding a meeting, Tuesday, with French Foreign Minister Laurent Fabius to discuss the Palestinian application, and the French proposal regarding a “final agreement between Israel and the Palestinians within two years.”

After landing in London last night, Kerry held a meeting with his French, British and German counterparts, and discussed the Palestinian application and the French proposal.

American officials said the United States “has not yet decided whether to support of oppose the French proposal, adding that “there are various issues that the U.S. cannot ever support.

On his part, Fabius said he and his counterparts intend to discuss a draft that would be supported by all parties, and added that the United States clearly said it intends use its veto power.

On Monday evening, Kerry held a meeting with Israeli Prime Minister Benjamin Netanyahu, in Rome, but Netanyahu refused to reveal “whether Kerry promised the US would use its veto against the Palestinian application.”

In addition, Netanyahu said, “Israel will refuse any proposal that would escalate tension, and endanger Tel Aviv.”

Netanyahu added that, a few days ago, he phoned the French President Francois Hollande asking him not to submit his country’s proposal to the Security Council.