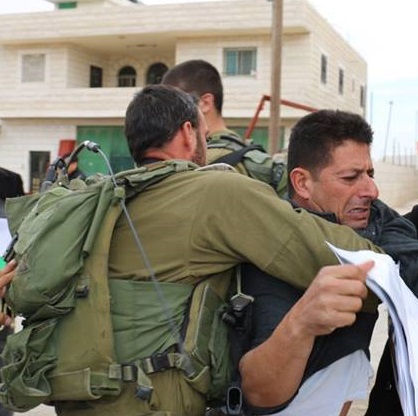 The sources added that the soldiers wanted to occupy the rooftops of the homes of the kidnapped residents, in order to fire at young Palestinian men, during confrontations between the army and local youths.

Clashes continued in various roads and alleys in the Old City, and different parts of occupied Jerusalem, after the soldiers shot and killed, on Tuesday at dawn, resident Mahmoud ‘Adwan in the Qalandia refugee camp, north of Jerusalem. http://www.imemc.org/article/70021

In related news, soldiers kidnapped on Tuesday evening two Palestinians at a military roadblock, installed near the Ibrahimi Mosque, in the center of the southern West Bank city of Hebron.