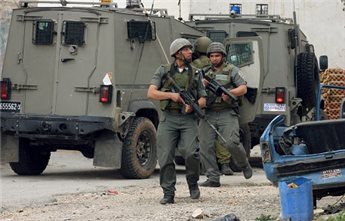 A group of Israeli settlers, Thursday, cut power to an electricity line that had been supplying a Palestinian home in the village of Burin, to the south of Nablus, according to a local official.Ghassan Daghlas, who monitors settlement activity in the northern West Bank, told Ma’an News Agency that dozens of settlers cut off electricity to the home of Bilal Eid, in the eastern part of Burin village.

Clashes reportedly erupted between settlers from nearby ‘Jewish-only’ segregated outposts and Palestinian locals, as a result of the incident.

Burin is a frequent site of settler violence and Palestinian clashes with Israeli forces, Ma’an notes, as it is located beside the notoriously violent Israeli settlements of Yitzhar and Bracha.

Settlers frequently attack local villages and prevent farmers from reaching their lands, according to UNOCHA, in addition to their attacks on local olive trees.

So far in 2014, there have been some 313 reported incidents of settler violence against Palestinians in the occupied West Bank, according to the UN Office for the Coordination of Humanitarian Affairs.