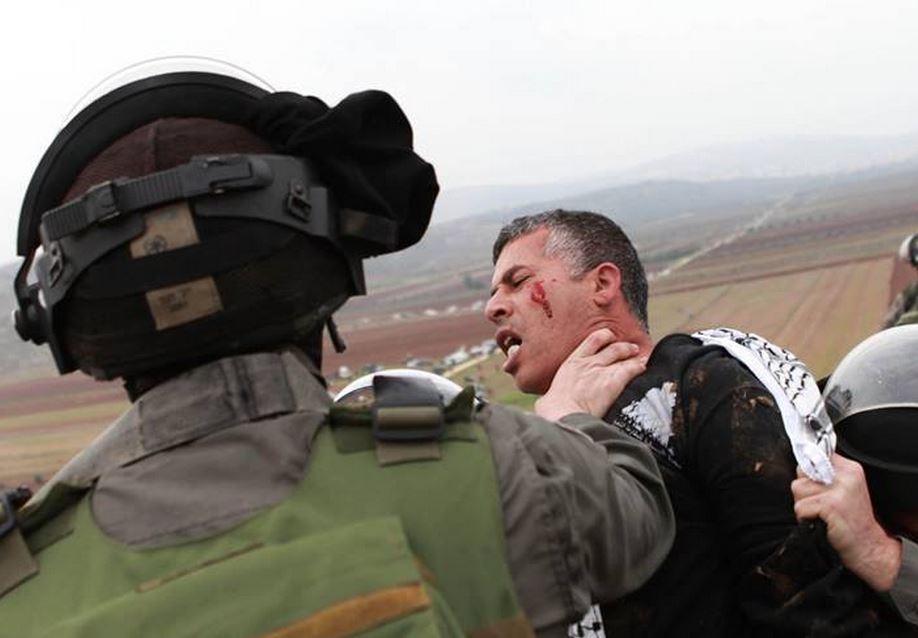 Palestinian medical sources have reported that dozens of residents have been injured after Israeli soldiers attacked a nonviolent protest in Tormus Ayya town, north of the central West Bank city of Ramallah. Two Palestinians kidnapped.The sources said six Palestinians were shot by rubber-coated metal bullets, while many others suffered the effects of teargas inhalation, in addition to several persons, who were physically assaulted by the soldiers.

The Palestinians were installing a memorial in the location where Palestinian Minister Ziad Abu Ein was choked to death by an Israeli soldier on December 10.

He died after the army attacked hundreds of residents planting olive trees in lands Israel intends to illegally confiscate for its illegal settlement expansion activities.

Hundreds of residents gathered in the lands in question, earlier Friday, to plant the an olive tree and install the memorial, before the soldiers started firing gas bombs, concussion grenades, and rubber-coated metal bullets at them.

One of the soldiers held al-Khatib in a choke-hold, the same way Abu Ein was killed.

The protesters, including senior Palestinian Liberation Organization leaders and various social figures, affirmed their determination to continue the struggle against the Israeli occupation of Palestine and its settlements. 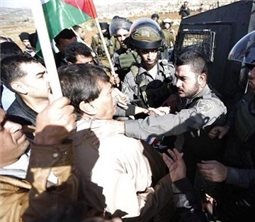