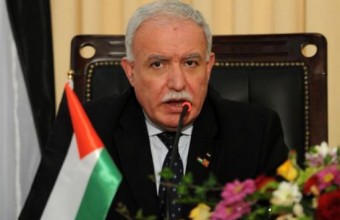 Senior PA officials stated, this past weekend, that they were under heavy pressure not to request a vote on the resolution at the UN.

On the other hand, PNN reports that previous Justice minister and Israeli chief negotiator, Tzipi Livni, asked Kerry to delay the bid for statehood, alleging that it supports the right.

However, right-wing politicians Netanyahu and Bennett, Saturday, reportedly blasted Livni for asking Kerry to delay the bid, accusing Livni and Hertzog of being two-faced and being concerned for their own interest.

Palestinian leadership, on Monday, announced changes to the statehood bid, which includes the placement of currently occupied East Jerusalem as the fundamental capital, and basing the state on the 1967 borders.

Adjustments were also reportedly applied to the issue lands under threat of Israeli seizure and other attacks.