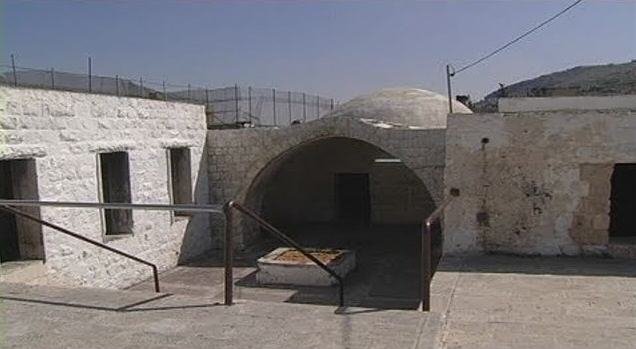 1,000 Israelis raided the northern West Bank area of Nablus, Sunday night, to pray at Joseph’s Tomb, located on the outskirts of the city.The settler-affiliated news site Arutz 7 reports that clashes broke out in several locations throughout Nablus, which were repressed by Israeli forces.

Joseph’s Tomb is located in Area A of the West Bank, under full security and administrative control of the Palestinian Authority (PA). Although entry into Joseph’s Tomb requires permission and coordination with the PA, the Israeli civilians and troops entered without either.

———– IMEMC notes: Local legend holds Joseph’s Tomb to be the funerary monument to Sheikh Yusef Dweikat, a local religious figure. Others believe that the tomb belongs to the Biblical patriarch Joseph. However, the area is sacred to Jews, Samaritans, Christians and Muslims alike.

Despite the fact that the tomb is in an area which is officially considered to be under Palestinian authority, Israeli forces maintain control at the site and prohibit Palestinians from praying at Joseph’s Tomb.

Jewish groups frequently visit the site under the protection of Israeli forces, who deploy heavily in the area, often sparking clashes with local youth.