Fateh Denounces Assassination Of One Of Its Leaders In Syria 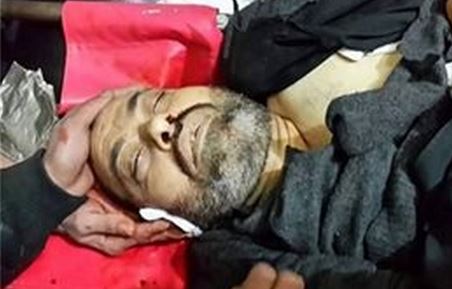 The Palestinian National Liberation Movement, Fateh, headed by President Mahmoud Abbas, issued a statement, Tuesday, strongly denouncing the assassination of one of its leaders, in the al-Yarmouk refugee camp in Syria.The movement said Mohammad Ahmad Tarawiyya, a senior Fateh leader in Syria, was shot and killed on Tuesday evening, by two masked gunmen as he was leaving the Scouts Building in the camp.

It added that the assassination of Tarawiyya, 54 years of age, is a cowardice crime that targets Fateh movement, its principles, the interests of the Palestinian people, and violates the sovereignty of the hosting country, Syria.

“This crime is a crime against the entire Palestinian nation, and its leadership; it is a crime committed by conspiring parties that act against the national interests of our people,” the statement reads, “The attack aims at preventing the restoration of stability in the refugee camps in Syria. He was killed while defending the stability of his people.”

The slain Fateh leader was born in the Syrian city of Homs in 1960, and has been a long-time member of the Fateh movement, who gradually went through its ranks.

Fateh called on all Palestinian factions in Syria to remain alert, and prevent suspicious groups and individuals from infiltrating them in an attempt to drag them into conflicts that aim at their continued displacement, and voiding their internationally guaranteed Right of Return.