What are Actions Against Assimilation? 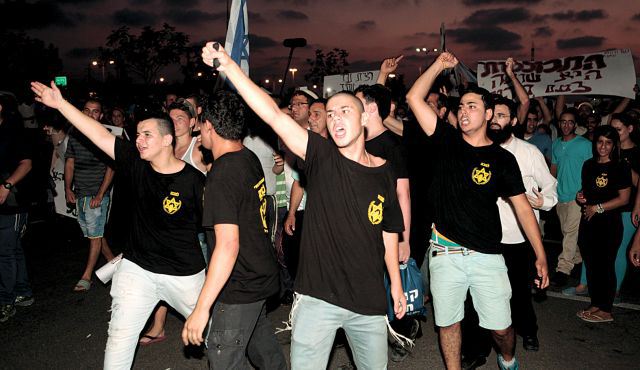 An Israeli judge has ruled that ‘actions against assimilation’ are not legal violations. This opinion is apparently correct in a number of states apart from Israel, including Iran, Pakistan and Saudi Arabia.In recent years, racism is the bon ton of the Israeli consensus. This racist mood embraces all parts of Jewish-Israeli society: the Knesset, newspapers, social networks, academia and even law enforcement. This is the reason for the lightness and even forgiveness of the indictments against Jewish terrorists. On 15 December the Jerusalem district attorney filed indictments against three racist terrorists from the Lehava organisation, who several weeks prior had broken into the bilingual school in Jerusalem, piled school books on the floor in one classroom, poured flammable fluid and set the place on fire. The aforementioned indictments include charges of breaking and entering and incitement, but the graffiti sprayed on the walls, reminiscent of graffiti against Jews in Nazi Germany, were defined as “above ground damage”. A type of legal article which allows municipalities to fine those who distribute advertisements without permission.

The lightness of the indictments is a traffic sign for actions of the entire law enforcement system in the matter. For example: one of the eight detainees brought for a second hearing in Jerusalem’s district court was immediately released by Judge Vinogard, who declared that actions against assimilation are not violations. This determination is apparently correct in a number of states, including Iran, Pakistan and Saudi Arabia, burt is defined as racist by cultured peoples. I disagree with the abstract determination of Judge Vinogard in the matter of actions by Lehava activists. Their war against what they call assimilation and primarily against marriage and close relations between men and women of the Palestinian and Jewish populations, is happening here and now in conditions of apartheid. Moreover, their missionary activity is often conducted through violence, which law enforcement tends to ignore.

The birth of this forgiving attitude is embodied in another dangerous precedent, the decision of state attorney Weinstein not to define acts of terror of settler gangs who define themselves as “price tag” as terrorism. Accordingly, acts of terrorism are freely conducted against Palestinians, such as the ganging up on Palestinians in the streets of Jerusalem since the last Gaza war. These phenomena receive encouragement from the declaration of Zionist politicians and the numerous racist legislative proposals passed in recent years. This is apparently the reason that in contrast to Palestinian terrorists, Jewish terrorists do not remain in prison but are set free. The first seven Lehava detainees have already been sent home, some of them to house arrest. On 21 December another four suspects from Lehava were detained but due to the direction set by the state attorney, they too will apparently be released soon.