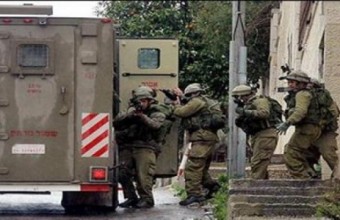 Ahrar Center for Prisoner Studies and Human Rights said that Israeli forces seized about 70,000 shekels after breaking into home of 52-year-old Ahmed Shubeiri, in Qarboun village, near occupied Nablus.According to the PNN, Ahmed is father of Ali Shubeiri, who has been imprisoned for over a year now.

The family told Ahrar that soldiers brutally broke into and raided their house after midnight, claiming that they were searching for arms.

University student Abdullah Shubeiri, age 20, was abducted and taken to an unknown destination.

The family said that the soldiers took from them 7,000 Jordanian dinar and 25,000 Israeli shekels, amounting to some 70,000 shekels total.

Ahrar’s director, Fuad Al-Khuffash, condemned the action, saying that it was actually theft and not the first incident of of its kind among Israeli soldiers.