Two Palestinians Kidnapped In Bethlehem, One In Hebron 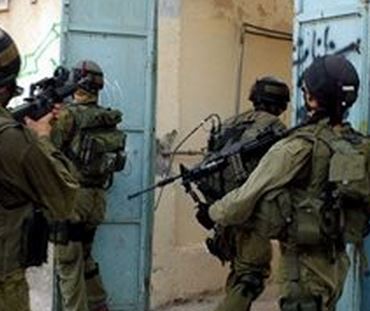 The two have been identified as Mohammad Abdul-Rahman Hamamra, 18, and Mo’taz Samih Hamamra, 25.

Member of the Husan Local Council, Mohammad Shousha, said a large military force invaded the town, and fired gas bombs and concussion grenades, especially near local schools, causing many Palestinians, including children, to suffer the effects of tear gas inhalation.

Shousha added that, for the second consecutive day, soldiers kept the eastern and western entrances of the towns closed by roadblocks, preventing the residents from crossing, and that the soldiers also installed a number of tents, and other facilities, in the two areas.

In addition, soldiers invaded Bani Neim town, east of Hebron and kidnapped Anis Issa al-Khadour, 22, after storming his home, confiscated two computers and him mobile phone, before taking him to an unknown destination.

Coordinator of the Popular Committee against the Wall and Settlements in Hebron, Rateb Jabour, said the soldiers invaded the home of Majed and Majdi Shawaheen, after detonating its main door, and violently searched the property causing excessive damage.