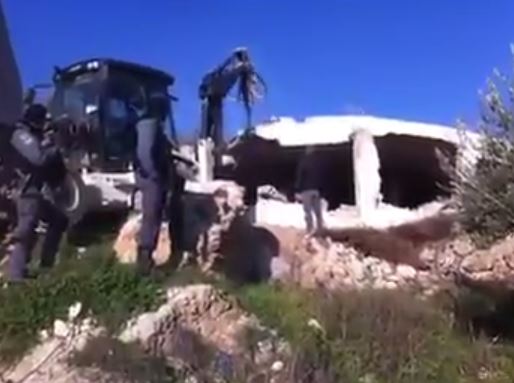 The two families have recently finished the construction of their homes, and were preparing to move in.

Local sources said that dozens of soldiers, police officers and personnel of the Jerusalem city council, accompanied by a number of bulldozers and armored vehicles, invaded the area, and demolished the two homes.

The army claims the homes have been built without construction permits.

On Wednesday, December 24, the army demolished a barn in the at-Tour village, in occupied East Jerusalem, and a wall surrounding a Palestinian land in Mount of Olives area. http://www.imemc.org/article/70104

The demolition of homes and civilian property is an act of collective punishment that violates International Law, the Fourth Geneva Convention to which Israel is a signatory, and all related humanitarian treaties.