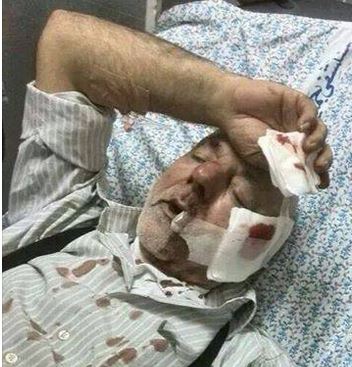 Palestinian medical sources in occupied Jerusalem have reported that an elderly man died, Tuesday, of wounds suffered more than three months ago, after Israeli soldiers opened fire on the funeral procession of a Palestinian child who was killed by army fire.The sources said that, on September 7 2014, resident Mohammad Sa’ady Hasheema, 63, was injured in the face, during the funeral ceremony of Mohammad Sonnoqrot, 16 years of age. http://www.imemc.org/article/69059, http://www.imemc.org/article/69072.

The man also suffered from cancer, and other health conditions, that led to further complications following his injury.

The death of Abu Hasheema brings the number of Palestinians, killed in occupied Jerusalem this year to 15.