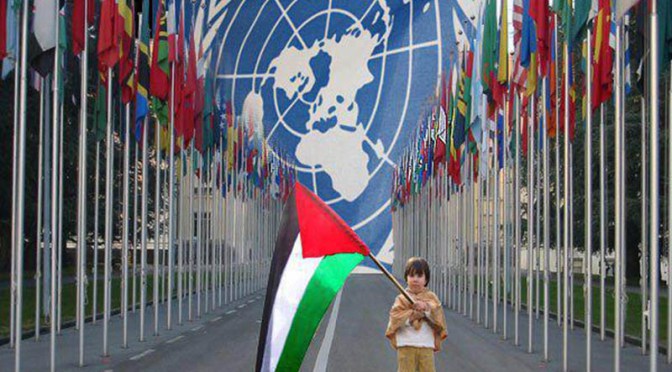 Australia joined the United States in voting against a resolution calling for ‘a just, lasting and comprehensive peaceful solution’ within the next year for Israel and Palestine, and affirming Palestinian national sovereignty. The resolution received eight ‘yes’ votes and two ‘no’ votes – leaving it just one vote short of the nine votes necessary to pass the 15-member UN Security Council.Even if the resolution had managed the pass the Security Council, the U.S. had vowed to use its veto power to stop the resolution from moving forward. But with Australia and the U.S. voting against the measure, and five states abstaining from the vote, the measure did not pass and therefore no veto was necessary.

Palestine has no voting representative in the United Nations, only a non-voting observer. But a number of UN Agencies have, in recent years, recognized the sovereignty of Palestine. The U.S., which has veto power in the UN Security Council, and Israel, which militarily occupies all of Palestine, do not recognize Palestinian sovereignty, and have repeatedly attempted to force the Palestinians to accept the permanent occupation of their land by the Israeli military.

The resolution proposed at the UN Security Council on Tuesday called for a full Israeli withdrawal from the Occupied Palestinian Territories within two years, a peace agreement with just terms for lasting peace to be established within one year, and called for a just resolution on all outstanding issues – including the status of Jerusalem, control of water resources, the release of Palestinian prisoners and the return of Palestinian refugees.

Nigeria, which had been expected to vote ‘yes’ on the resolution, decided to abstain at the last moment – probably under pressure from the U.S. This abstention led to the measure’s failure at the Security Council.

The United States had strongly criticized the resolution, with one US State Department spokesperson saying that the resolution ‘sets arbitrary deadlines for reaching a peace agreement and for Israel’s withdrawal from the West Bank, and those are more likely to curtail useful negotiations than to bring them to a successful conclusion.’

Palestinian delegates and negotiators, however, have argued that the time has long since passed for a United Nations resolution with a clear timeline for Israeli withdrawal. They point out that with each day that passes, Israel takes over more and more Palestinian territory in the West Bank and Jerusalem, and moves more and more of its civilian population into this unceded territory taken by force from the indigenous population by an occupying army in direct violation of international law.

They have vowed to continue the effort to bring an end to the Israeli occupation of Palestine, and called on UN member states to be part of the solution.