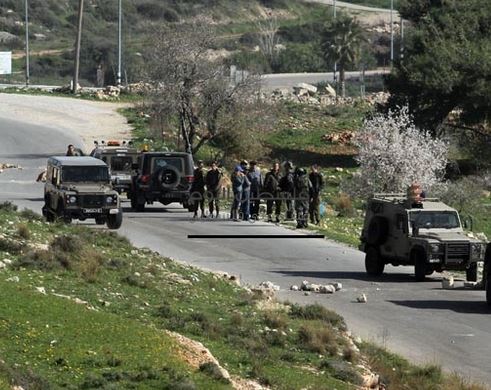 Palestinian medical sources have reported, on Tuesday evening, that a child was shot and injured by Israeli army fire in Burin village, south of the northern West Bank city of Nablus, while many residents suffered the effects of tear gas inhalation.Ghassan Daghlas, a Palestinian official in charge of Israeli settlements file in the northern part of the West Bank, has reported that ‘Amid Nasr az-Zein, 16, was shot by a live round in his thigh, during clashes that took place after the army invaded Burin.

Daghlas added that local medics moved the wounded child to a hospital in Nablus, and provided treatment to scores of Palestinians who suffered the effects of tear gas inhalation.

In addition, soldiers closed the main road leading to Iraq-Burin nearby village, stopped and searched dozens of cars, and inspected the ID cards of the passengers for several hours.

The army claimed that the young man, 19 years of age from the Shu’fat refugee camp, was “wanted for planning attacks against Israeli targets,” adding that it has been monitoring his movements over the last several days.